without rule of law looters will be shot

Human Nature Without Rule of Law

What happens to human nature when you remove the justice system and law enforcement?

The key factors when the rule of law breaks down:

This is not an article about how or why you should shoot looters. When you use deadly force, you need to be on solid legal ground. Most states and localities allow for deadly force being used in the defense of a life, but some allow for defense of property. Looters, by definition are after your property. Even if you are without rule of law when you are confronted with looters, you need to know the laws where you live. Nature abhors vacuums and humans are good at organizing into communities and enforcing standards of behavior. The rule of law (in some form) will return.

Let’s break down the list above and finish with what you can do to keep your tribe alive when the rule of law breaks down:

Humans are cooperative and establish social structures to ensure the survival of the species. We discuss cooperative hunting in the article about the Mindset of a Predator:

Humans share many of the cooperation skills that wolves do. The main difference is that every wolf is built for the hunt while humans organize themselves into specialized skills and occupations. This tends to obscure how cooperative we are. We have distributed cooperation to advance our species that is based on (mostly) mutual benefit of everyone involved. We can manipulate our environment and have industrialized the “taking down of bison” by selectively breeding their cousins into docile cows. This is the most efficient way to feed our species. 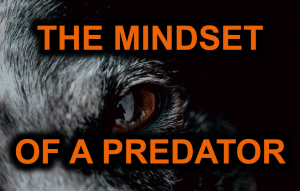 This distributed cooperation cuts both ways. It allows us to have a small percentage of our population to maintain order by enforcing laws. Most people do not train for physical confrontations. When these order maintainers are not present, a different side of human nature rises to the surface in some people. The opportunity to enrich themselves at the expense of other people is a temptation they cannot resist.

Why the law must rule

Our social structures include laws that protect the weaker elements of our society. Species of animals that use male combat for the selection of suitable mates have instinct mechanisms that inhibit fighting to the death. This is a survival of the species issue. If a male had to kill another male before he was allowed to mate with a female, species survival would be in doubt. A few alpha males can impregnate many females, but other functions like protecting and providing for the offspring would suffer tremendously. Humans require constant protection and provision during gestation, birth, and nurturing.

In order to maximize our return on investment, we protect the vulnerable in our communities. This is the nature of humans. We see evidence of this in sounds that irritate us: babies crying and dogs growling are a couple of examples. These sounds move people to action. The baby needs nurturing and protection from predators. In communities where we have a wide distribution of labor, we have a justice system. It attempts to deliver consequences that are appropriate, enforceable, timely, and scalable to the crime.

We are going to look at an ideal definition. Reality is seldom ideal, but we must define the desired effect in order to get as close to it as possible:

Justice is a response to bad behavior that includes equal portions of retribution and deterrence. It must it must be in line with the moral compass of the population it serves and it has to be administered equally. There also needs to be due process to determine innocence or guilt. The goal is to convict and punish the guilty and to deter future crime from being committed. A functioning justice system should result in closure for the victim. Let’s define some of these terms: 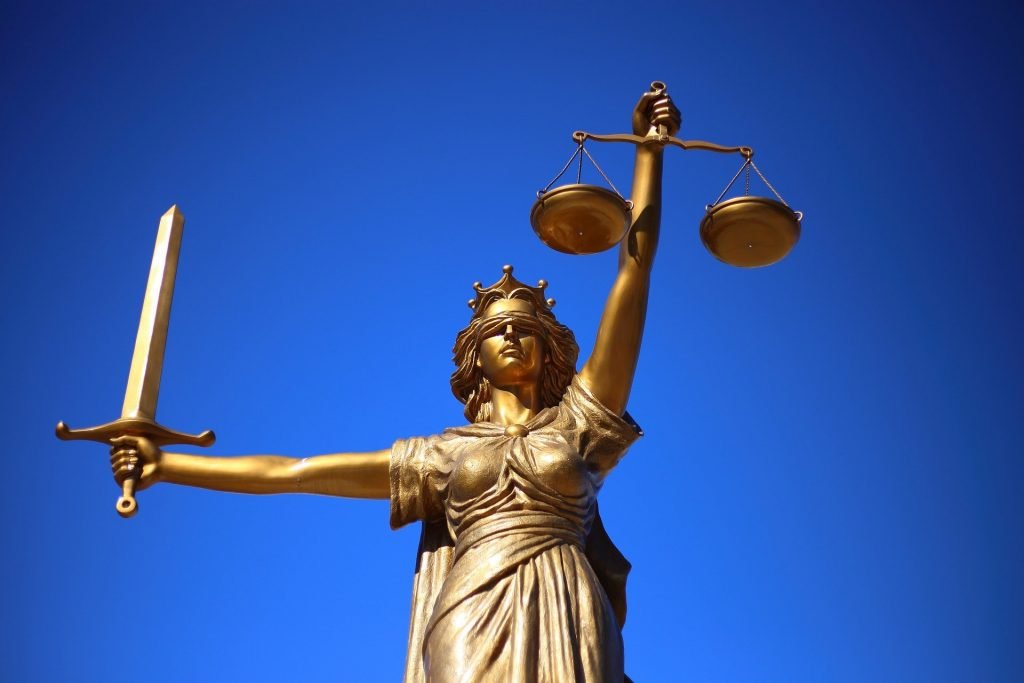 What constitutes our justice system?

This is another ideal definition so we know what to aim for:

When a crime is committed, law enforcement responds. This includes local municipal, county, and state police. The federal government also has a huge law enforcement apparatus. The priorities are protecting the victims, capturing the perpetrators, and collecting evidence of the crime.

From there it moves to the prosecution phase where grand juries and juries are seated in a court of law. The prosecutors have the burden of proof and they must provide all of their evidence to the defense prior to introducing it in the courtroom. The judge and jury are to be impartial judges of the evidence.

At the most basic level, the justice system is composed of everyone. We all contribute to standards of behavior and hold each other accountable. The weakest link in any system is usually human. The power of influence some people have over others can be significant and a charismatic leader can be quite seductive. Without a process in place prior to the crime, human nature will corrupt the response to crime.

Without the rule of law

Voids in the rule of law include natural disasters, riots, times of war, and during revolutions are examples of these situations. The response to this power vacuum can vary widely, but it usually involves communities coming together to enforce standards of behavior.

These voids in law and order do not announce themselves. You can find yourself in one before you realize it. See the article on Crowds, Riots, and Mobs for a breakdown on what to do when confronted with violent crowds. 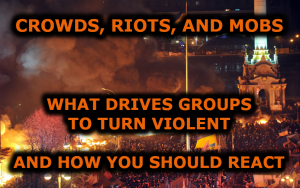 The center of our community is our family. In our article on Bomb Shelter Terms, we outline the hierarchy of human contact categories as:

You, your tribe, your neighbors, unknown people, and malicious people. You should have concentric rings of loyalty for these categories from highest to lowest, respectively.

In these temporary voids in the established rule of law, human nature takes over – both our good nature and our darker side. Fixed assets like homes and businesses establish which side is on defense. If your home is threatened, you must defend it, abandon it, or be prepared to have it overrun by humanity’s darker side. Defending it is best but abandoning it is far preferable to having it overrun. If your position is overrun, you will lose everything. 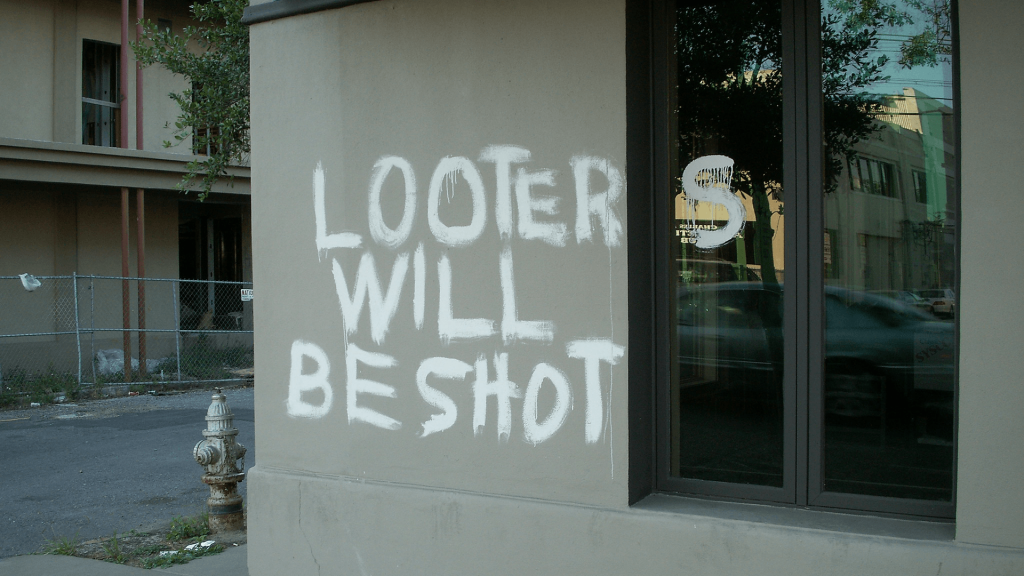 The most common examples of communities establishing consequences to illegal behaviors are during and after natural disasters. The ubiquitous “looters will be shot” sign is an example of clear and concise communication:

The threat of being shot is a severe and immediate consequence. When you can communicate it in a four word expression that most people have seen before and understand it perfectly, it is an effective deterrent. Furthermore, it is understood that when a living creature is protecting their home, they will lose everything by forfeiting control of their property. It is a threat that is to be believed. While not advocating the shooting of looters, we do advocate concise communication of severe consequences for bad behavior. At Amazon, a 12 x 15 inch rust free aluminum “You loot, we shoot” sign. 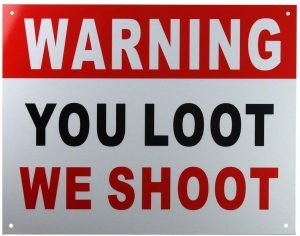 Full disclosure: as an Amazon Associate I earn from qualifying purchases. The convenient links will take you directly to the items on Amazon and help support this website. Thank you very much!

This threat is contingent on the behavior of an individual. All you have to do to avoid this consequence is to not trespass and steal property.

Cities, small towns, and rural locations all have their advantages and disadvantages. We remember the online forums in the late 1990’s and early 2,000’s that had several contributors that lived without the rule of law. Two of them stood out and have since documented what they did to survive:

During the financial meltdown in Argentina, the law enforcement and justice system simply did not function. Fernando “FerFAL” Aguirre survived and wrote about in forum posts in real time. He related that they often heard of grisly torture scenes that were found in remote farm houses. Without close neighbors, farmers were vulnerable to having their homes overrun by gangs who would stay for days torturing and raping the family. The gangs did not fear any consequences. They stayed until the food ran out, killed whoever was still alive, and then disappeared. Mr. Aguirre has since authored a great resource on how to survive. It can be found at Amazon: The Modern Survival Manual: Surviving the Economic Collapse.

Another breakdown in the rule of law happened during the siege of Mostar. Mostar is a city of over 100,000 people in Bosnia and Herzegovina. A man who went by the handle “Selco” also contributed to an online forum in the late 90’s as well as giving several interviews. He was brutally straightforward about life inside a city under siege. Like FerFAL, he also documented his time without the rule of law by authoring another great resource on how to survive. It can be found at Amazon: The Dark Secrets of SHTF Survival: The Brutal Truth About Violence, Death, & Mayhem You Must Know to Survive. 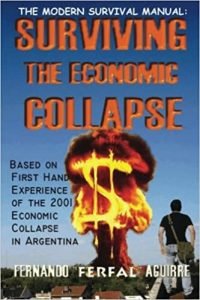 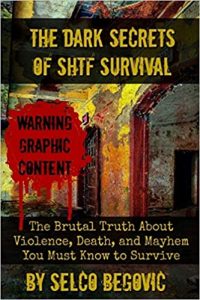 They both have powerful stories of what it took to stay alive without rule of law. 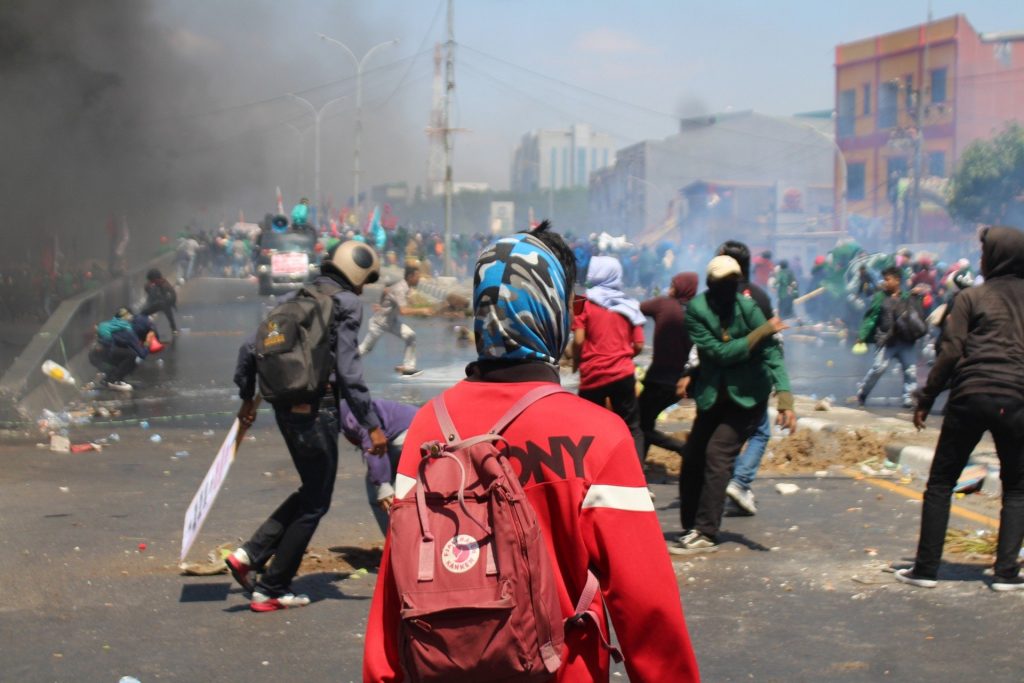 What you need to do when there is no law enforcement

When you are home:

When you leave your home:

Human nature changes when organization breaks down and the darker side of humanity is exposed. The history of the world is littered with times without the rule of law. Many times, this is intentional. Both FerFAL and Selco made a point of how the government in their respective countries kept telling everyone that there will be no war, famine, or violence. All of those things happened and great suffering was endured. The ruling elite will not suffer the consequences that everyone else will. You need to recognize what the motivations are of the politicians, “experts,” and news reporters. Be on the lookout for emerging threats, so you can keep your tribe alive.

Next article: Crowds, Riots, and Mobs – Learn what makes a rioting mob dangerous and what to do if you find yourself confronted with one At Amazon: Best Sellers in Safety and Security Full disclosure: as an Amazon Associate I earn from qualifying purchases. The convenient links below will take you directly to the items on Amazon and help support this website. Thank you very much!