The key factors that fuel crowds, riots, and mobs:

The riot mob that most of us have participated in

A good example of the mob mentality is a highway full of speeding drivers. Since everyone is going faster than the speed limit, it’s easy to get drawn into behaving like the crowd. Many people will tell themselves that “I’m just driving with the flow of traffic,” and “they can’t give everyone a ticket.” But once you get pulled over, the immediate response is “why me?” Our cooperative human nature wants to act individually, but have the consequences fall on the collective.

Rioting mobs happen for different reasons. The difference between a protest seeking due-process justice and an angry mob looking for “frontier justice” can be a fine line. This article is about understanding crowd psychology and how to survive an encounter with groups of outraged people.

Some crowds, riots, and mobs are pre-planned. They come heavily armored with helmets, pads, goggles, and respirators. They have “medics” standing by to administer first aid if someone has an injury or gets sprayed with an irritant. They have a command, control, and communication structure and they practice to counter law enforcement tactics. Deliberate mobs communicate their intentions by how they are dressed and the weapons they carry. The focus of a deliberate mob is law enforcement. 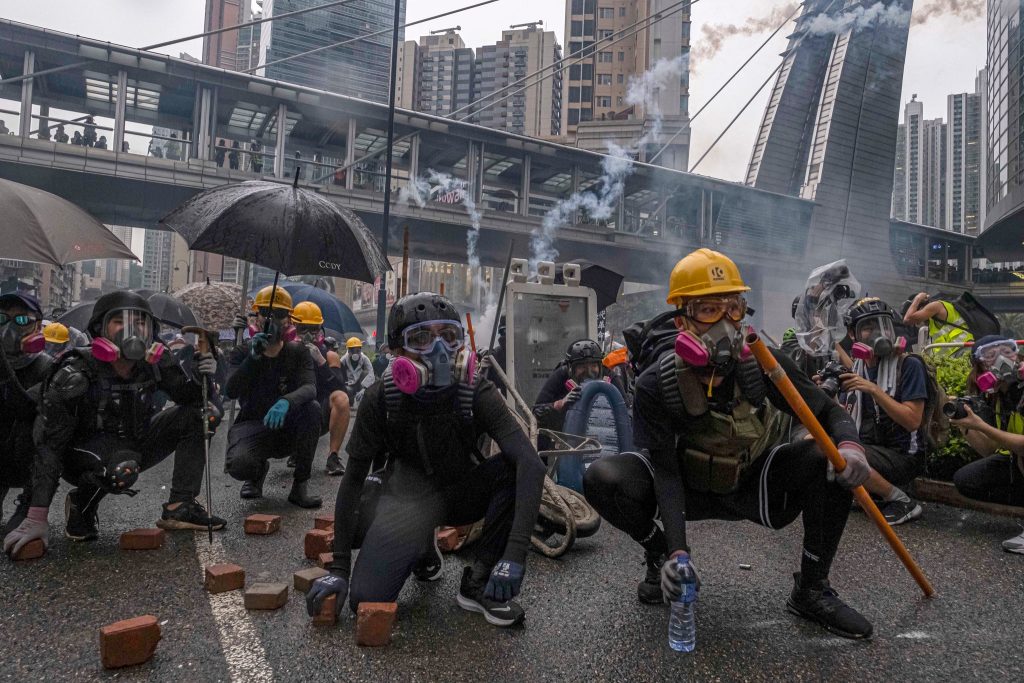 The usual spark is an action by law enforcement or the justice system that is perceived to be unjust. They can arise spontaneously, but many are planned. This type of mob is usually accompanied by looters and arsonists. The 1992 Los Angeles riots are a good example. A jury acquitted four police officers of the charge of using excessive force against Rodney King. In response, there were five days of rioting, assaults, arson, and looting. Over 60 people lost their lives. 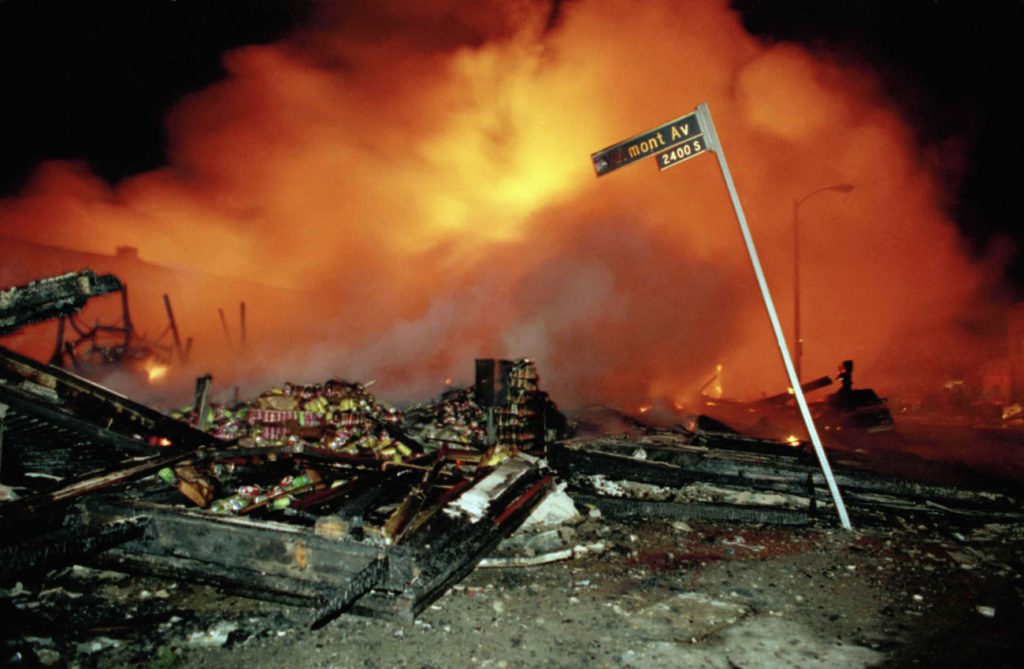 These mobs arise spontaneously. They usually are caused by a perceived injustice. An assault against a helpless victim can trigger onlookers to get involved. Once the ire of a crowd is raised, it is hard to stop. One commonly overlooked responsibility of law enforcement is to protect people who are apparently guilty of crimes from the immediate backlash of a mob. The focus of a frontier justice mob is the perpetrator. Law enforcement is all that stands between them and mob rule. 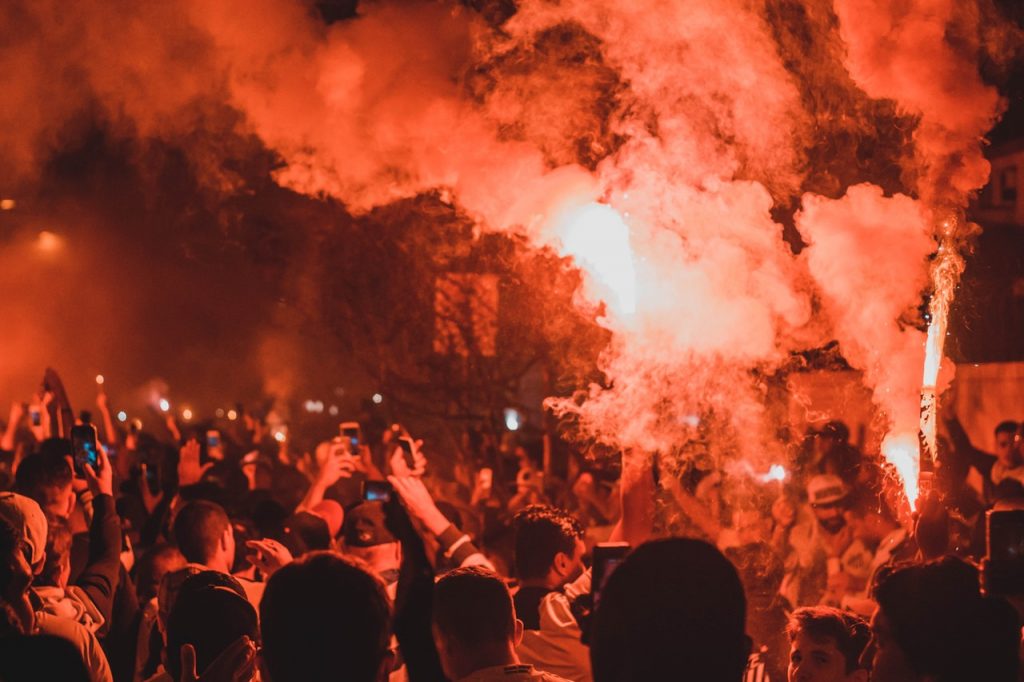 With the world so connected, there are mob-like groups of people that react almost in unison due to a preference cascade. This is the term that is used to describe a group of people that make the same decision in a rapid sequence. If enough people suddenly realize that they have the same opinion as a large portion of the population, they seem to act in unison. The final days of disco music is a good example. Disco was the most popular genre in America in the late 70’s. But all of a sudden, thousands of people had the “Ah-ha, I’m not the only one who hates this music” moment. Major League Baseball had an official Disco Demolition Night at Comiskey Park in Chicago. A local DJ blew up hundreds of disco records. Demolition is the ultimate rejection. 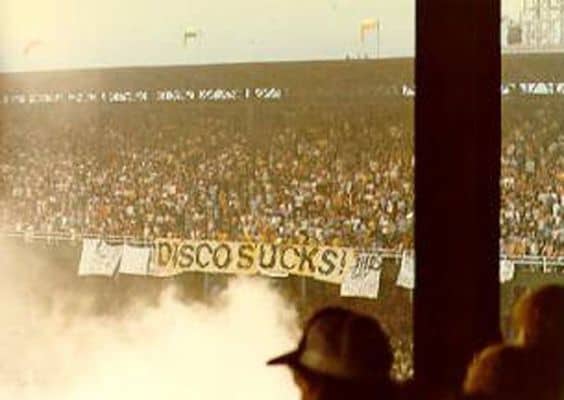 Preference cascades are events that increase in size exponentially. They can seem to appear out of nowhere and are a major factor in mob behavior.

The behavior of a mob can include rioting, looting, assault, and arson. They can launch missiles such a eggs, rocks, or Molotov Cocktails. It’s easy to believe that the consequences will be diffused among the crowd. Just like in football and rugby, there is a “piling on” effect.

Mobs have a dynamic aspect that arises from distributed control. There is no center of gravity to attack. Every person in it will verbally and physically harass their opponents. Some are willing to commit assault, arson, and looting. This expands the Overton Window and more and more people join in. Modern riot control events appear to be a Greek Phalanx (law enforcement) versus tribal warriors (protesters). The Phalanx cannot be penetrated, but the warriors cannot be contained or controlled.

The rule of law

Protests, riots, and mobs are about taking and holding ground. Law enforcement has the responsibility to diffuse the situation, protect innocent lives, and protect property. They are usually outnumbered and rely upon force multipliers like marching in unison with common uniforms and body armor. They approach a mob in a predetermined formation. The front line is shoulder to shoulder with clubs and shields. They will march in step and drum their clubs on their shields to intimidate the rioters. Directly behind them are the “gassers” with tear gas or pepper spray and “arrestors.” The front line will open and allow certain aggressive agitators through to the arrestors who are ready to take any difficult rioters into custody. The front line has clubs and shields, the gassers have launchers, and the arresters have cuffs.

With the recent protests and riots in Ukraine, Hong Kong, Seattle, and Portland, both law enforcement and the rioters have perfected their techniques. The determining factor is usually the will of the political authorities versus the resolve of the protesters.

The bill for all of this

Property crimes and damage can be extensive as well. They run into up into billions of dollars. This has long term consequences for the areas they occur. Businesses and families will move away. Entire neighborhoods shut down.

Los Angeles seems to have a major riot every generation. All of them had angry mobs that engaged in looting, assault, and arson that resulted in the California National Guard being deployed:

The 1992 LA riots had an estimated cost of one billion dollars. Wikipedia describes some of the long term effects:

The majority of the local stores were never rebuilt. Store owners had difficulty getting loans; myths about the city or at least certain neighborhoods of it arose discouraging investment and preventing growth of employment. Few of the rebuilding plans were implemented, and business investors and some community members rejected South L.A.

The long term affects can be devastating, but they do not have the immediate physical consequences of injury or death. Next, we’ll look at what tactics will help if you get caught in a mob:

How to survive crowds, mobs, and riots – in your vehicle

A good case can be made for staying inside your vehicle:

If you have to abandon your vehicle, be sure and take the keys, your wallet or purse, your phone, and car registration and proof of insurance. Your vehicle can be found by the mob and you can be identified and located. It’s one thing if law enforcement runs the plates, but quite another if an angry mob finds you registration and knows where you live. Leave no trail back to your home.

How to survive crowds, riots, and mobs – on foot

If you need help, ask specific people for specific help. Crowds have a diffusion of responsibility and many people will assume that someone else will help.

How to survive crowds, riots, and mobs – the best option

Stay home. Better yet, stay home and in a safe space. See some of our articles on how to harden your home:

And if you’ve enjoyed this article, be sure and see The Mindset of a Predator.

One of the most dangerous situations is to be caught by a rioting mob. The key is to recognize it early enough to escape. Human nature changes when we are in anonymous groups. It becomes more violent, less tolerant, and more lethal. This creates a non-permissive environment for anyone deemed to be against the cause. The safest option is to be somewhere else.

Next article: The Mindset of a Predator